After living many lives, a much-loved building in the heart of Nottingham city centre was beginning to be overlooked. HBD saw an opportunity to turn its fading heritage into inspiring spaces, restoring its presence and once more fulfilling its potential.

Whilst the building, originally a Co-op department store, wasn’t listed, it was seen as a cornerstone of the high street, having held such a prominent position for so many years. Nottingham experienced a significant decline in its retail economy after the store closed, and so HBD worked closely with Nottingham City Council planners to deliver a scheme that not only honoured the site’s roots but would also offer plenty of new employment opportunities.

With this balance in mind, our designs for The Axis retained the unmistakable features of the building’s exterior, while the internal structures were entirely remodeled to meet the highest modern standards for office, retail, residential and leisure space – a significant amount of which were pre-let, due to the successful promotion of the scheme during our planning phases.

HBD completed the project in 2006, transforming a tired landmark into 180,000 sq ft of thriving mixed-use space. From the street, the charm of the building remains untouched, but the story within is one of diverse businesses, sought-after city views and an enhanced ongoing economy for Nottingham. 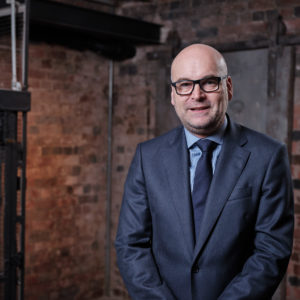 Have a question or need more information? Get in touch with our developer, Justin Sheldon.