Developed by partnerships, for partners and their community.

This site was two projects in one. Waitrose had a longstanding need for a site in Warminster, and the ideal spot for their new supermarket was occupied by Dents Gloves, who just happened to be ready for a new location. The two needs fit hand in glove.

We approached Dents Gloves with a win-win arrangement on offer. They appointed us to facilitate their move to a new location, allowing us to transform the original site into a new Waitrose offering the local area was excited to welcome.

Dents Gloves are a national institution, having been established in 1750. Their manufacturing home since 1920 was found in Warminster town centre, but by 2015 they were starting to need more space and a bigger opportunity for growth. With our vast history, we proved we could commit to the longevity of this project and see both sides of it through. As they hadn’t moved in nearly a century, we worked closely with Dents Gloves and their architects to make sure everything in their new site just right, holding their hands through the process and adding the personal touch to the little details. Then, when the time came we helped decant their existing operation. Once this stage was completed, we could turn our attentions to the former factory buildings, now ready for something completely different.

We initially encountered some setbacks in going after planning permission on behalf of Waitrose. However, after two coach-loads of local residents, who’d heard the supermarket might be coming to the area, turned up at the town hall, we soon had the green light. The impressive 23,000 sq ft store was pre-let to Waitrose from the off, and created in keeping with their sustainable specifications. But its design also needed to tie in with the picturesque setting of Warminster. We paid close attention to its visual presence, making sure we built a supermarket befitting of the town’s expectations, and far exceeding them. We were also able to lease an additional 5000 sq ft of retail space to Barnados and Pets Corner, adding even more value to the site’s appeal for local shoppers. The long-term lease to Waitrose remains in the HBD portfolio as a project we’re particularly proud to hold on to.

Now, Warminster Waitrose is employing more people than the original Dents Gloves factory, while the craftsmanship and heritage of Dents Gloves remains within the fold of Warminster. 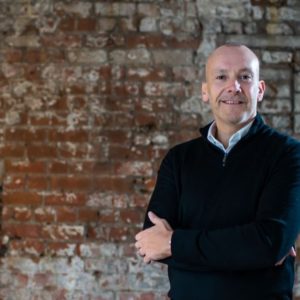 Have a question or need more information? Get in touch with our developer, Craig Mathias.