Reinventing the way we all work

Originally owned by the Greater Manchester Pension Fund, Island is now a joint-venture partnership with HBD delivering a Grade A office redevelopment.

The site is situated in a central Manchester conservation area and immediately adjacent to another, which calls for a careful and considered approach involving close liaison with Historic England. With no fewer than seven architects’ practices originally competing to get involved, we were able to ensure the very best talent was involved in devising a design-led approach to the project.  What’s more, we have insisted on an emphasis on holistic sustainability in the specification of buildings and a reduction in carbon footprint, reflecting our commitment to industry-leading standards.

Island is set to have the ambience of a hospitality environment such as a hotel, giving residents an amenity-driven experience. With integrated food and beverage offering, regular events and a sense of seamless transition from one area to another, it will be very unlike a traditional and sterile new-build office.

The ambitious plans reflect the fact that the coronavirus pandemic has been reshaping our perceptions of work. Many people will be migrating to a hybrid working pattern, which involves both home and office. Others will set themselves up in third spaces, such as gyms and coffee shops. The Island is designed to reflect these changes and provide a blended environment that suits the aspirations of future occupants.

Given its high-profile location – a pocket between the city’s Civic Quarter, Spinningfields and King Street – we recognise the importance of the development being very much ‘of Manchester’. Subject to planning, we hope that the vision will become reality by 2024, with work starting early next year. 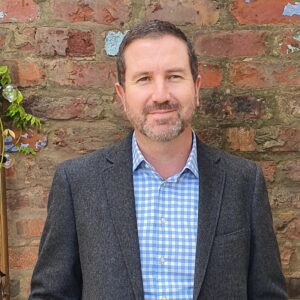 Have a question or need more information? Get in touch with our developer, Lee Treanor.